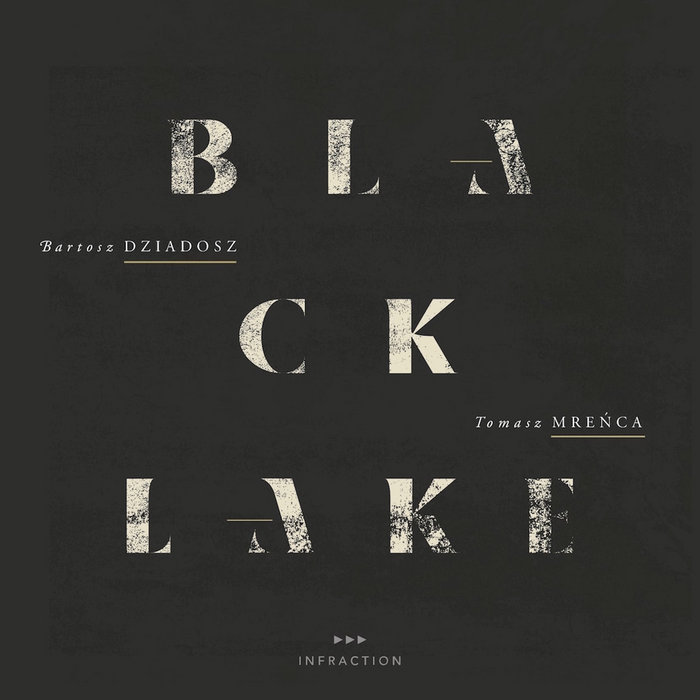 Previously issued in Poland in 2017 on the Requiem Records imprint as a CD only, "Black Lake" gets the vinyl treatment here. A pressing of 200 copies, with 150 copies on 180g black vinyl and 50 copies on gold vinyl. The sleeve will be a thick tip-on style with OBI with printed inner sleeve. Design and layout by Timothy O'Donnell.

Bartosz Dziadosz may need some introduction, as although he has been extraordinarily prolific over the past 15 years, most releases have beared his Pleq moniker and not his given name. He was a founding member of the international ambient/modern classical ensemble, The Frozen Vaults.
In addtion, he has collaborated with offthesky, Segue, Giulio Aldinucci and Hakobune to name a few. He is also curator for the Russian ambient label, Dronarivm and studied at the Univeristy of Silesia with a major in Philosophy.

Tomasz Mreńca is a Polish violinist, composer and music producer, creator of music on the border of ambient and experimental music . He is also a member of the international group The Frozen Vaults . Together with Tomasz Bednarczyk, he created the Venter music project. He graduated from the Academy of Fine Arts in Warsaw.

Design and layout by Timothy O'Donnell

Pleq is the solo project of Bartosz Dziadosz, an experimental musician who combines elements of drone, down tempo, glitch and modern classical. He creates his work by fusing together independently synthesized sounds, often incorporates violin, the unexpectedly melancholic sound of a piano, sometimes female vocals... ... more

Bandcamp Daily  your guide to the world of Bandcamp

outré black metal, with a Victory Over the Sun interview and music from Liturgy and Jute Gyte.